Our newly appointed prime minister has announced his ambitions; solving the Brexit impasse, more funding for the NHS and schools, more police, nationwide broadband. It’s a long shopping list. But it is definitely encouraging to see that, among these, he has identified certain sectors like green energy, biotech and space science as a focus. But how can we make these sectors thrive and give UK innovation the kick-start we all want?

Of course, for this government, Brexit is hot on the agenda, and there is an opportunity for R&D there. Post-Brexit the UK will no longer be bound by EU state aid rules, which forbid governments from giving unfair loans or tax breaks to specific companies outside of what is deemed fair by EU law. So, without needing to be compliant with these rules, the UK can go further in supporting domestic innovation. However, there are a number of areas which Boris Johnson would do well to address to improve UK innovation. 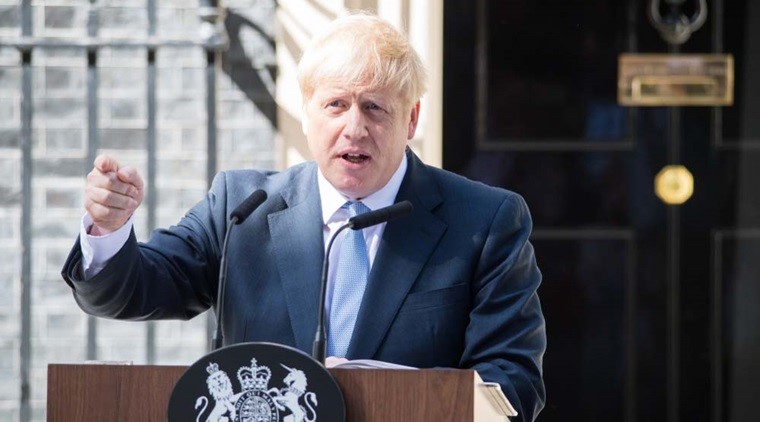 The government has been talking big on R&D for a while but we still aren’t anywhere near our self-imposed targets of 2.4% of GDP. The CBI recently found that, at our current trajectory, we will not hit this until 2053, as opposed to 2027. There’s lots to be done and the government needs to iron out some really significant issues with current processes.

For example, HMRC recently apologised for processing claims too slowly. It can take seven months for companies to receive credit and many of the companies affected were SMEs, which is important considering inevitable cash flow concerns. HMRC must be fully equipped to operate smoothly. There is no point having a huge R&D budget set aside if there are such delays. It will stifle innovation and, if we are going to scale R&D activity, we need the infrastructure to work smoothly.

Similarly, a recent report from the Coalition for a Digital Economy (COADEC) suggests that tech start-ups have been struggling with the application processes involved. Bureaucracy needs to be streamlined and HMRC should provide greater guidance and feedback to help businesses know exactly what they need.

This reflects a universal issue. Our clients are often really surprised at how much they have been missing out on. Setting up a task force to educate businesses and proactively promote R&D would be a great way to get us to where we want to be. The UK has the foundation for a strongly innovative economy, with over 400,000 start-ups launching here this year alone. But companies of this size very often do not have the resources for long application processes, so we need to guide these innovators.

It’s not just businesses we should be looking to educate about R&D. With R&D relying so heavily on people, the UK should try to improve domestic technical skills. There is a tendency in the UK to focus on the arts at universities and many technical colleges across the UK have moved in a more artistic direction over the last few decades. The UK is making efforts to solve this, but encouraging more people to look at STEM fields would build out our R&D teams.

But this should not just be focussed those at university level. Training should be available for those not going to university. Equipping 16-18-year olds with technical skills is not something we excel at and would provide a much need boost to this area of the workforce. We have fantastic facilities at our disposal and we need more engineers and scientists. Let us create the motivation for students to pursue these fields.

It’s no secret that the UK economy is unbalanced. Most European countries have two-to-three similarly strong cities but Manchester is far behind London due to a comparative lack of investment. Johnson has reaffirmed the government’s commitment to the Northern Powerhouse, but these investments focus on infrastructure and fail to address some key issues around regional economic divisions.

A main concern is the brain drain. A direct pipeline of talent trickles from North to South when graduates move to London. Similarly, northern SMEs end up relocating to the capital, drawing entrepreneurs and their funding away from the region. If businesses are to flourish, the government should be incentivising businesses regional hubs. Establishing Specialised Economic Zones (SEZs) which target areas with tax incentives would support specific areas.

Many northern cities also have fantastic universities on which we can capitalise. We need to ensure that we help the commercial application of innovations from universities and create incubator processes for start-ups. Then, in order to foster talent, more funding and support is needed for north-based apprenticeship schemes and local SMEs. Bursaries and grants for these would stabilise this exodus and help harbour regional talent.

If Johnson’s pledges are to be taken at face value, we can expect a lot of emphasis to be put on reinvigorating the UK economy over his premiership, giving innovation-heavy sectors a jump-start. But he should look at the wider picture and carefully consider how to solve some of the overlooked root causes of the UK’s economic and productivity issues.