Ayming is one of the leading consultancies in business performance. How did your professional and personal journey lead you to this firm?

My journey started when I decided to go and study Electrical and Electronic Engineering at the University of Manchester. Many people at the time thought that it was a weird choice on my part, but it undoubtedly helped me get to where I am today. Crucially, it helped me secure a job in the EY Los Angeles tax team in 2006. From there, my degree meant that it was a natural progression to specialise in their R&D tax division. In much the same way, having gone to school in the UK, perhaps it was destined that I would come and work in London. But having only intended to stay briefly at EY’s London office, I have ended up turning the UK into my long-term home.

My move to London also led to me working at Deloitte for a period, before eventually settling at Ayming. Ayming’s ability to provide a mix of larger and medium-sized businesses to interact with, mirrored what I had enjoyed so much about working in the US. Combined with the ownership Ayming gives you over your career and the great group of people, it’s no surprise that I feel so comfortable here. From a personal point of view, my journey has very much been intertwined with my professional progression.

In 2010 Ayming signed the United Nations Global Compact. As part of the human rights and labour standards, Ayming strengthened its female leadership by forming the International Women in Leadership Lab (IWILL). As the UK (leader/representative) for this initiative how do you see it supporting women personally and professionally?

First and foremost, it’s a great way for Ayming to demonstrate how much they support getting women into leadership positions. It’s perhaps also key to explaining why Ayming has a better record in this area than most other firms. When I first started in the world of tax, I noticed that whilst there was a healthy mix of men and women at the junior levels, senior positions were almost always taken by men. Understandably, this gave me an interest in the support and development of women.

From there, that snowballed into working heavily with the IWILL, which has an amazing opportunity to support women, both professionally and personally. The work that Ayming is now doing with IWILL will only help them to create the most supportive network possible for women. Whether women need support in their career progression, when starting a family or changing career path, Ayming must make sure that they are able to do so. IWILL is a great step towards ensuring that this is the case.

The divide between men and women in the workplace takes many different shapes and forms. What fundamental differences do you see and how should they be addressed?

Lots of the divisions between men and women in the workplace are as a result of the structural issues we currently face in our society. Take the puzzled reaction to my choice of degree as a demonstration of certain professions not being deemed suitable for women. When I told people that I wanted to study Electrical and Electronic Engineering at university, people refused to believe that I was being serious. Although we have progressed slightly from there, until we see a fundamental change to our attitudes about different genders in certain professions, we’ll never be able to achieve true equality in the workplace.

But then there are also less noticeable things. For example, there is a tendency for women to be less vocal in their opinions, even if they have the right answers. This sense of doubt extends into job applications. Many men have a tendency to apply for jobs speculatively when they don’t have the desired skills, whereas women will self-scrutinise to the point of not applying for jobs for which they are overqualified. Too often, the progress of women in the workplace is impeded by their own ‘imposter syndrome.’ This is one of the ways in which IWILL can make a huge difference. It will encourage women to believe in themselves more, present ideas more regularly, and generally position themselves as future leaders. When more women feel the confidence to do this, we will start to see a re-alignment in the make-up of boardrooms.

Tax is perceived as quite a male orientated area. Why should women be interested in this field and how did you overcome this male dominated territory?

Tax should be attractive to everybody because it provides challenging work and rewards people willing to work hard. However, it’s also able to offer far more flexibility than many other industries. This comes from the ability to engage in client work, whether you go in-house or professional services, and the industry’s increasing acceptance of remote working. For those concerned with starting a family, this means that they will be able to maintain their income throughout periods of family-related disruption. Like many industries, when I started out, it was assumed that men would occupy the senior positions as women chose to start families instead. But I am a clear example, that tax no longer makes you choose between the two. My successful career in tax has come from my fierce determination to work for what I want, regardless of the hurdles.

This meant studying a degree where I was often the only woman in lectures, going into an industry with far more men than woman, and at no point seeing myself as inferior to my male counterparts simply because I was a woman. Balancing a career and a family is very tricky for women, and often leaves them feeling guilty. But with the right support, I have been able to rise through the ranks, whilst making sure that my family remain my number one priority. But in response to the original question – why should women be interested in tax? There will always be opportunities for women in the industry because they are able to offer the same skills and solutions as men. But for those concerned that it is simply about crunching numbers, I’m happy to correct that vision. So much of the work actually revolves around building relationships, understanding the needs of your client, your emotional intelligence, organisational skills, creativity, and multi-tasking.  Therefore, for women who think that this cocktail of skills sounds appealing, they should look to get involved.

Similarly, on your client side you deal with a lot of women operating in what some people see as a man’s world, for example the finance team at a civil engineering firm or the innovation team at a manufacturing company. How do you see women supporting each other to own their workplace identity and overcome any gender issues?

For a long time, there’s been a stereotype that women in business don’t want to help other women succeed – but I don’t think that’s the case. The truth is that it’s simply harder for women to help each other because there are fewer of us. Humans have a tendency to form relationships more easily with those that are similar to them. As a result, when senior positions are so heavily occupied by men, we shouldn’t be surprised that men are also disproportionately more likely to rise up the career ladder. This isn’t a criticism of men, but merely the natural conclusion of the present situation.

However, as more women work their way to the top of companies, we’ll also see them lift more women up after them and pave the way into less ‘female-oriented’ industries and professions. This is why so many networks of women in business have appeared in recent years. Women are as eager to help each other as everybody else is, they just need to be given the opportunity to do so. By making networking events a key part of the work of IWILL, we will hopefully help women to establish these all-important relationships.

Finally, who are your biggest inspirations personally and professionally?

There have been lots of women who have inspired me professionally, but it’s hard to look beyond Indira Gandhi. As women, we spend a lot of time talking about the challenges that we face (this interview being a clear example). However, these challenges often pale in comparison to the hurdles overcome by the women who came before us. To have become the second-longest serving Indian Prime Minister in history, in an even more of lopsided patriarchy than our own, can only provide inspiration to those of us trying to reach our own goals. Her words on the capabilities of women resonate with me a huge amount and are hugely relevant to their development in the workplace: “I believe in women being able to do everything…Given the opportunity to develop, capable women have come to the top at once.”

From a personal point of view, it is without question my mother. Not only did she run successful businesses, but she was also a loving wife, a supportive daughter and sister, was depended upon by a diverse group of friends, and managed to raise five kids at the same time. She was somebody who managed to have it all. And if that isn’t inspiring, I don’t know what is. 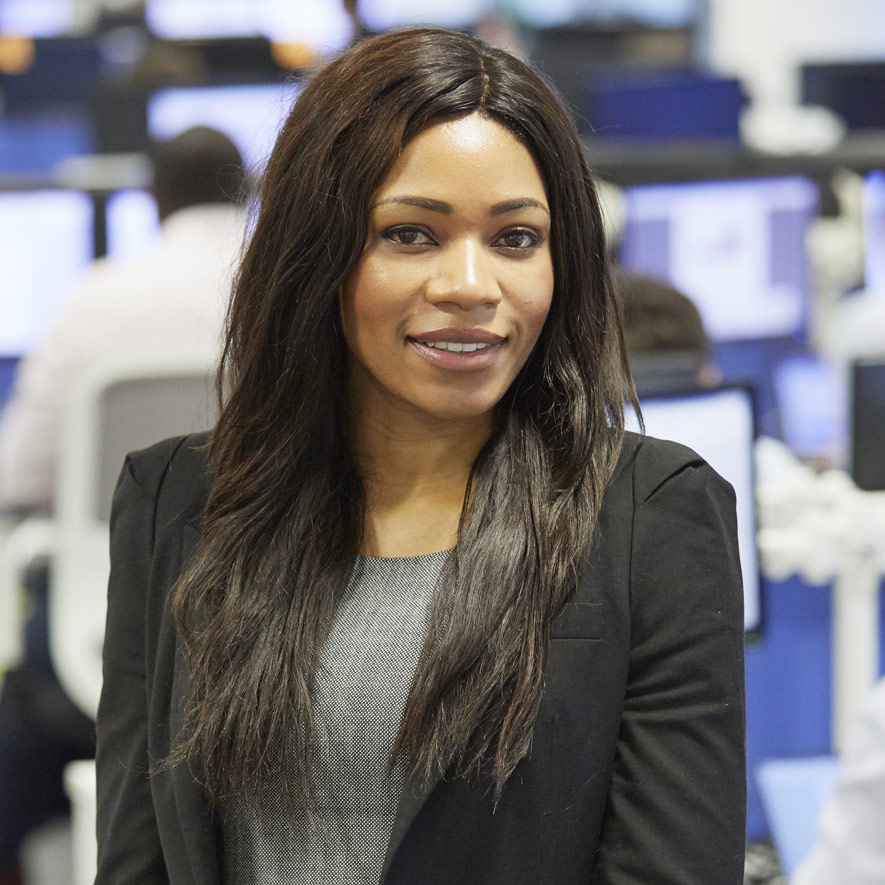 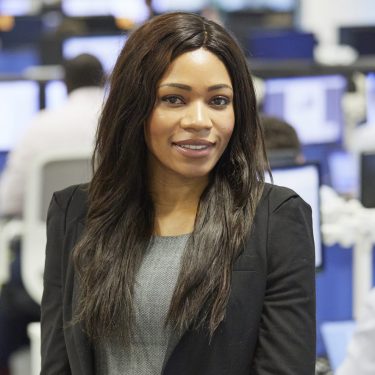 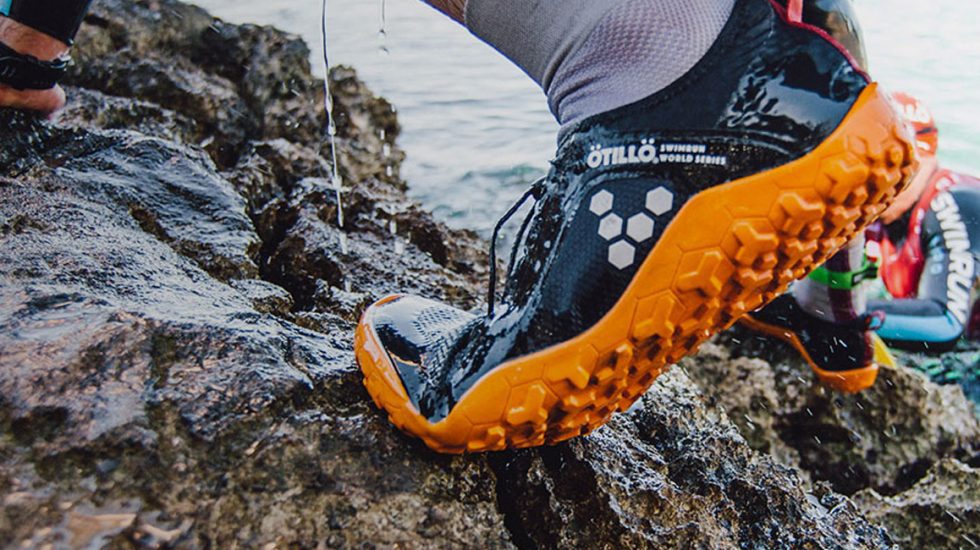