Since man first landed on the moon, the concept of commercial space tourism has been an alluring – if distant – prospect. Most aerospace investment up until recently had been channelled into delivery systems for orbiting satellites.

But a series of companies – such as SpaceX, Virgin Galactic, Blue Origin, Stratolaunch and the Sierra Nevada Corporation – are getting closer and closer to manned spaceflight.

While state and inter-governmental agencies have continued to focus on their own priorities, these corporations have provided a new thrust and direction for aerospace research. Their goal requires new technologies to reduce the costs of manned space flight and widen its use, which would also see new players entering the market. 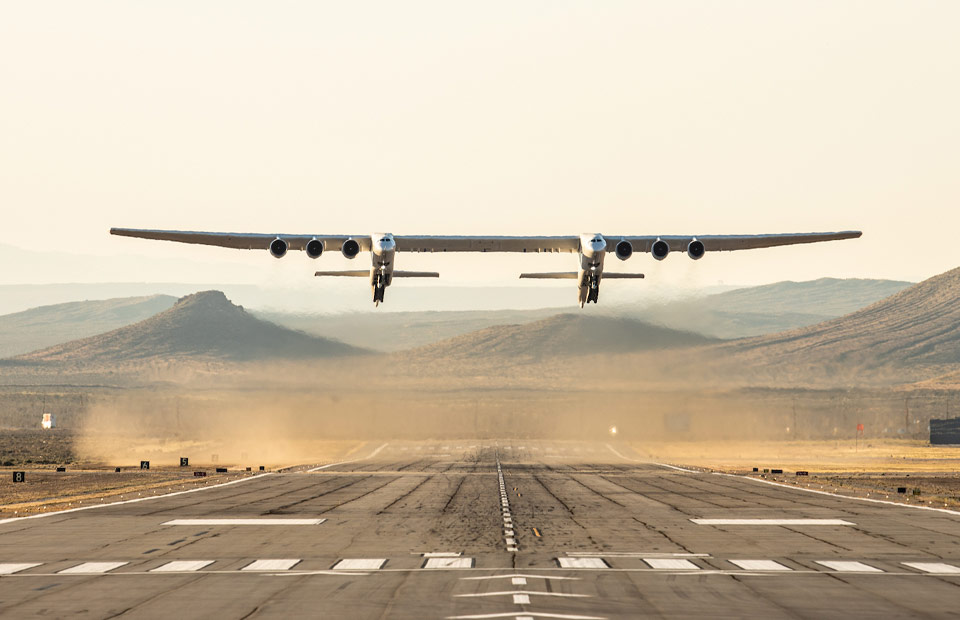 The Stratolaunch plane is the largest in the world. One it reaches cruising altitude it can deploy its payload vehicles into space | Credit: www.stratolaunch.com

Who are the key organisations leading the next space race?

SpaceX – the aerospace investment vehicle of Elon Musk – is currently leading this new civilian space race, developing rockets that are cheaper to build and cheaper to operate through their pioneering work on re-usable rockets. Its latest project, Starship, is being designed for missions to the moon and Mars, and SpaceX aims to launch its first orbital flights of earth as early as 2020.

Virgin Galactic has been striving to extend manned commercial flights to space for almost a decade, and even started selling tickets in 2013; Leonardo DiCaprio and Justin Bieber were among the first wealthy customers. It is pursuing a radically different approach to its rivals, using an aircraft to carry a small space shuttle that is launched from high altitude.

Experiencing severe setbacks after a fatal crash during a test flight in 2014, Virgin Galactic has now built a new SpaceShipTwo and in February 2019, has been edging ever closer to the final frontier, recently reaching altitudes of 90km (most space agencies define space as being 100km above sea level). This was the first US commercial human flight to reach the edge of space since America’s shuttle programme ended in 2011.

Meanwhile, Amazon founder Jess Bezos’s Blue Origin is another company planning to start taking passengers into space as early as next year. Its grander aim is to “preserve Earth” by re-using its rockets to explore space and tap into its “unlimited resources and energy”.

Green technologies and waste reduction aid the journey to to space

Making rockets re-usable is crucial to reducing costs and the space tourism business model but also reduces the amount of waste being left floating in space – a crucial problem for future generations of spacefaring passengers.

Aerospace companies are focusing on maximising the re-usability of spacecraft, thereby reducing the cost of manufacturing fleets, but researchers are also developing new types of hybrid rocket engines with motors that use different fuel types – solid, liquid or gas – in two phases. The huge technical challenge is to deliver greater efficiency without compromising the safety of the craft and those on board.

Even without major technological breakthroughs, the incremental progress being made suggests the number of sub-orbital flights is set to increase and could even open an alternative intercontinental travel market for the civilian space pioneers and high-net-worth individuals.

As the craft leave the earth’s atmosphere in sub-orbital flight, they can travel much faster than commercial airlines. According to the real estate consulting company, Knight- Frank, the super-rich are lining up in the hope that in the near future, flights from Sydney to London could take around 2.5 hours.

As space tourism takes off, low-earth orbit could also be a staging post for high-end vacations. Bigelow Aerospace is one of several companies working up ideas. Its offshoot, Bigelow Space Operations, is currently testing inflatable habitats on the international space station and plans to launch two low-earth orbit inflatable habitats in 2021. Each will be able to house six people within 330 cubic metres of expandable space but Bigelow sees these as stepping stones to larger space stations and even space hotels.

For more trends in aerospace, download your copy of ‘Backing the future of aerial mobility’ here: Download Here